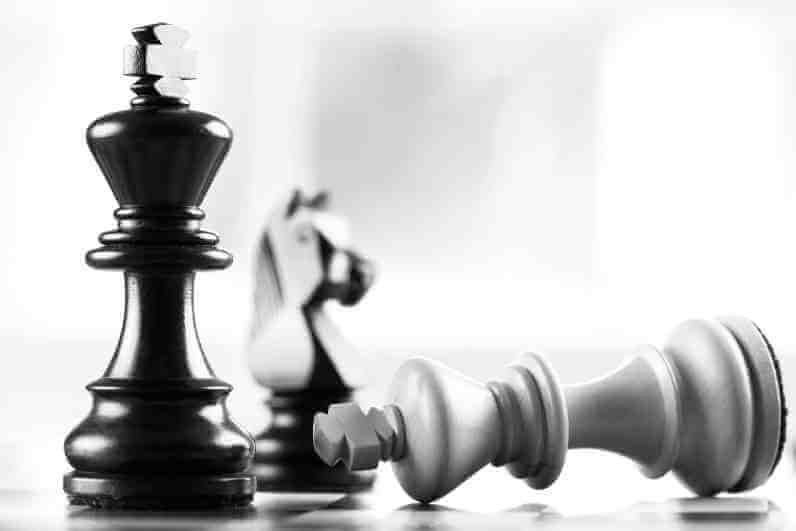 As important as it is to attack in chess, you also need to be defending. If you get put into checkmate, it’s going to be game over, so make sure you plan a proper defense as you attack. Here are some of the keys to protecting your pieces on the board.

You can attack as you protect. Just keep an eye on your opponent’s pieces and try to predict where he is going to go next. Don’t just look one move ahead, though. Try to envision what your opponent’s strategy is. You need to be prepared for long-term defense. That may not always be easy, but it is possible if you have a solid defensive strategy. Since you can’t predict with certainty what the other person is going to do, you need to be prepared for anything. As the game unfolds, you will see more and more of their strategy reveal itself. Look for clues of what that strategy is and guard accordingly.

Use Tempo to Guard

Your smaller pieces can multitask for you. They can advance across the board to attack as well as protect the Queen. Use those smaller pieces like Rooks to safeguard the queen while setting up your offensive. You don’t want to put your King out there to guard the Queen though, so make sure you aren’t endangering one valuable piece to protect another.

If you are playing smart, you’ll gain tempo with your moves, blocking your opponent’s actions and setting up an array of pieces on the board that function as both offense and defense.

For those who don’t know, gaining tempo means that you manage to achieve a result you were aiming for in fewer moves than you originally planned. One way to do this is to get your opponent to come to you, goading them into an attack that results in you claiming a piece.

It may not seem very brave to retreat to a previous space or to draw back toward your side of the board, but sometimes it is necessary. You always want to have an exit strategy, because if your opponent boxes you in, then they have far more options available to them than you do. As you move across the board, keep looking at your options and be sure you have a way out as you prepare to attack. At any moment, you should be ready to withdraw if things get too heated for your pieces.

Know When to Counter

When your opponent presses the attack, they may succeed in breaching your defenses and taking a piece. Their small victory doesn’t mean you have to pull back as quickly as possible every time.

There may be times where a well-placed counterattack is called for. Look for opportunities to get some payback and turn the tables on your attackers by hitting them hard when they expose themselves after an attack.

As you play more games, you’ll learn when to use specific strategies. While all of these are keys to a great defense, you have to know when to employ them in order to be successful.

In chess, your “chess rating” is an estimate of how strong you are as a player. It’s not necessarily the same for every person! Some people may have higher ratings than others even if they play more frequently or at lower levels. This can be confusing because some websites will use different formulas to calculate your rating….

In chess, there is one type of check that can really throw off your game. The 5 move check or check-mate takes place when a player makes two moves so quickly to their next square that they capture an enemy piece without any sort of transition. A quick reminder: When talking about chess strategies, it’s important to know what…

Playing chess online has become very popular in recent years. There are now thousands of sites with free or premium accounts where you can play against other users, chat while playing, and even challenge people all over the world to a game! Many of these sites have high quality sound and video technology for making…

A chess board is an integral part of any chess set, making it possible to play without one would be silly! Most people know this, but some get confused about how much it costs because there are so many different sizes and shapes them. There are two main types of chess boards: flat and rounded. Flat ones…

Recent developments in technology have allowed for some pretty incredible gaming experiences. Some of these experiences are through software, others are via hardware, but what they all have in common is that you can play them anywhere! Many people enjoy chess as a game. It’s relatively easy to pick up, there are many styles and strategies…